Kevin Cox was born in High Prairie, AB. He started Cox Contracting in 1976 with one gravel truck and a loader. “I always had an interest in equipment and building something out of dirt,” he says. He has over 40 years’ experience as a general contractor and gravel supplier. “It’s the success of completing things that others thought were impossible,” he says, of his commitment to the industry. “It’s watching how people advance over time and how they learn.” His free time is little but when he has some Kevin likes to attend rodeos, fish, hunt and ride his Harley.

A High Prairie native, Ryan Cox has been around equipment his entire life. After graduating high school Ryan worked his way up through the company from operating equipment to su-pervising various projects, now serving as construction manager. “What I enjoy about my job is being involved in projects from start to finish,” he says. “Having the opportunity to share my expertise and learning from others I work with.” When he’s not at the family business, Ryan likes to be outdoors: fishing, hunting, snowmobiling and spending time with family.

Born and raised in High Prairie, Dustin Cox was led into the contracting field by his father, Kevin – a natural progression. Dustin studied business, contract management and procurement / acquisitions at both Lethbridge College and Mount Royal University. “What I enjoy most about my job is contributing to the bigger picture, in a project sense,” he says. In addition to his involvement at Cox Contractors, he worked as a Contracts Administrator at WorleyParsons. When he’s not working, Dustin can be found skiing, hiking, riding horses and travelling.

Originally from Joussard AB, Goutier has been surveying since 1975 after studying Surveying Technology at the Northern Alberta Institute of Technology (NAIT.) He’s been working for Cox Contractors for most of 25 years. During that time he’s been involved in various parts of the business. “We try to do our job the best we can,” he says, of the company. “It’s all good equipment, it’s as modern as you can get.” When Goutier’s not on the job, he’s outdoors, working on his acreage, or doing carpentry work.

With a background in chemical process design and industrial project implementation, Julian Beaudry came to us with an array of technical knowledge and engineering skills.  Spending much of his career consulting with owners in the energy sector on large capital projects, he now hopes to add value here at Cox Contractors Ltd. while gaining new insights into project processes and civil works.  Julian is too smart to qualify to socialize with other people, so if he can be found outside of work, he’d likely be working on a project not yet disclosed to anyone.

Douglas has been with the company, operating its fleet of equipment, since 1993. “It’s probably the best employer ever to work for,” he says. “They treat me like gold.” His training has all been on-the-job, except for a few heavy equipment courses he took in Manitoba a few years back. “We knew more than the instructors did,” he says, a testament to the quality of his on-site education. In his free time, Douglas likes to build things out of wood in his shop.

Originally from Camrose AB, Cramer has been with the company since 2009. A graduate of Alberta Vocational College (now NorQuest College,) with a small business management certificate, he says he enjoys “everything,” about his job. “Nothing specific,” he says, “I like it all.” The company has a lot to offer its customers, he says, including “timely, generally meticulous service.” When he’s not at work, Cramer says he’s usually working on his old cars: a 1957 Chevrolet, a 1985 Trans Am and a 1972 Chevrolet pick-up.

Roy is outstanding in his field. Roy came here from Alberta Transportation 21 years ago. It is Roy and the type of dedication he brings that makes Cox Contractors the company it is.  Roy is a good guy to work with and a great friend out of the office, where he spends time chilling with his buds and throwing around the pigskin.  Thank you Roy for your high class performance over the years, and for all the best construction practices we have developed with your input.

Originally from Fort St. John BC, Slusar has been with the company for over 20 years. A Jour-neyman welder with over 35 years’ experience, he says he enjoys working for Cox Contractors. “It’s the variety of work,” he says, “and they’re just nice people to work for.” It’s also the satisfaction of a daily job well done, Slusar says. “We maintain a good product, we take pride in our work.” In his free time, he can generally be found fishing or visiting his children in Edmonton. 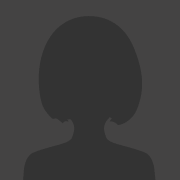 Originally from the Philippines, Mellanie Bartolome has been in Canada for 7 years. Having an interest with numbers, she graduated with Bachelor Degree in Accountancy. She likes working at Cox Contractors as they believe in honesty, hard work and integrity. She said that she is truly blessed and grateful for the great opportunity that Cox Contractors has provided her. It helped her to grow personally and to be successful in her chosen field. In her free time, she loves to meet up with friends, communicate with her family and shop!